Congregation of the Poor Servants of Divine Providence 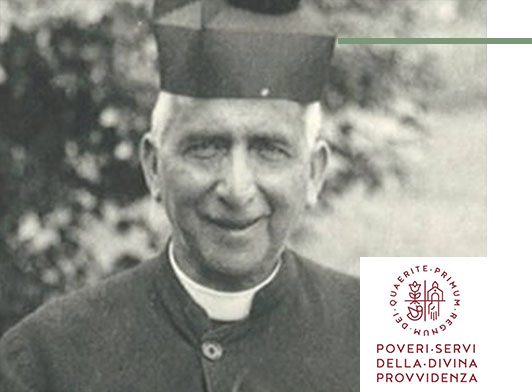 The Maguzzano Abbey is owned and managed by the Don Calabria Institute – Congregation of the Poor Servants of Divine Providence, which is based in San Zeno in Monte, Verona.

After being for some years the seat of a group of Trappist monks from Algeria, the Abbey was purchased in 1938 by Don Giovanni Calabria (canonised in 1999 by Pope John Paul II) who began a work of re-use of the spaces in a “spiritual” function.

Alongside this activity, Don Calabria dedicated himself during his life to many other pastoral activities: from parishes to ecumenism, from assistance to the sick to the training of priests.